I agreed to participate in the blog tour for “The Iron Golem” a middle grade paranormal that released a few months ago. 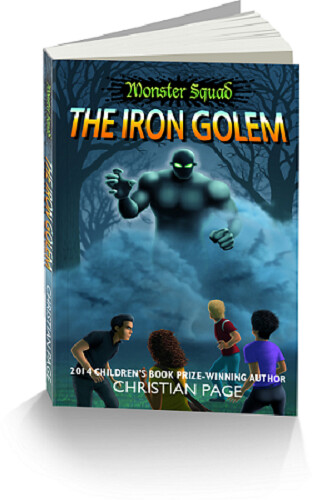 Dark forces are converging on the sleepy town of Autumn’s Hallow. Monsters in the woods, mad scientists on the loose and sinister minions lurk. Four young friends must band together to uncover a secret plot that threatens them, the town they live in and the people they love. It’s up to Blaine Davis, Daschle Gaunt, Shelley Merry and Drake Harker, heirs to fantastic powers to stop an evil that threatens to consume the world. Can the Monster Squad thwart the evil Victor von Frankenstein in time? Find out in The Iron Golem, Book 1 of an exciting new series! 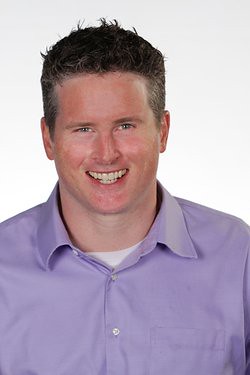 Christian Page loves stories that combine fun, action and adventure. A father of two, he lives in the Pacific Northwest of the United States with his wife, son, daughter, overly plump cat and under-behaved dog.

Mina shook her head. “How much longer, Lonn?”

“The mine should be a few miles down,” the rangy German replied, scanning the horizon. “Peter said to meet us there. He and Ian should be close behind.”

“Good. They should have lights and equipment from the observatory so we can look around.” She looked out the window of the Ford as the dark Roswell valley streamed by. “This could be the find of a lifetime.”

The three had set out from Roswell a half hour earlier after seeing a strange object falling from the sky. After a brief set of goodbyes with friends and family, they set off to chase the UFO, or Unidentified Flying Object, which they estimated had impacted in the far western portion of the valley they called home. They were each researchers working at a US Army Air Corps observatory. Lonn was their boss, a professor of astrophysics at a nearby university. Edge was a visiting professor from Ireland. Mina was a PhD student working at the observatory for her research.

Joining them would be two others. Peter Murphy, the base executive officer and Mina’s recent boyfriend and a strange, weaselly fellow, Ian van Helsing, another PhD student.

“Don’t get your hopes up, Mina,” Edge replied, yawning. “I admit that what we saw in the sky was remarkable… but finding the remains of a meteorite would be extraordinary… still, it beats sitting at home on a lazy Sunday evening!”